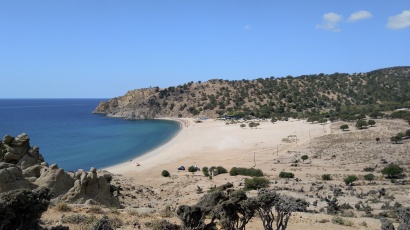 The beaches of Samothraki

Samothraki is not your typical Greek island with endless gently sloping sandy beaches. In fact, if that's what you're after in your summer vacation you might as well look for (...) Pachia Ammos, the most popular beach of Samothraki

When it comes to the beaches of Samothraki, Pachia Ammos is definitely the best known and most visited one. That's because it's the only sandy beach reachable by car. Pachia (...) The untamed landscape of Kipos Beach

Kipos ("the garden"), also known as Kipi ("the gardens") is one of the most beautiful beaches of Samothraki. It has a rare beauty, special among most other Greek beaches. Similar to (...) Fun and music on Therma beach

The small village of Therma, is pretty well located in the northern part of the island. There are plenty of opportunities for fun and adventure around it as it's near the sea, the (...) The beaches of the Makrylies and Lakkoma villages are located in the southwest of the island, 8 km away (10 minutes by car) from Kamariotissa and roughly the same distance (...) 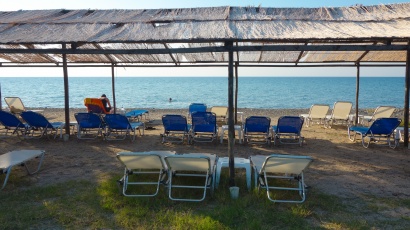 Beaches in the north of Samothraki: Limnidi

Limnidi is actually the name of the cafe and the beach bar located 3 km away from Kamariotissa. The cafe is in the middle of a large green garden. There's a playground and (...) 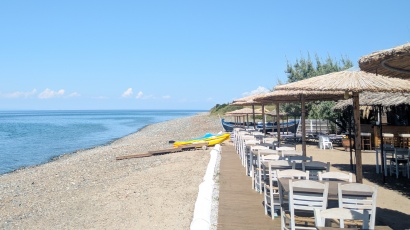 Beaches in the north of Samothraki: Kymata

In Greek, the word kymata means "waves". It's also the name of a guesthouse and taverna on the northern shore located 5 kilometers away from Kamariotissa, near Paleopoli. (...) 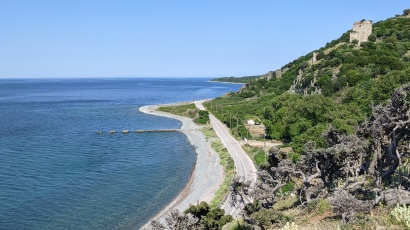 Beaches in the north of Samothraki: Paleopoli

In Paleopoli, on the northern shore, 6 kilometers away from Kamariotissa, there is a stretch of beach alongside the road. It's rocky and narrow, not one of most beautiful (...) 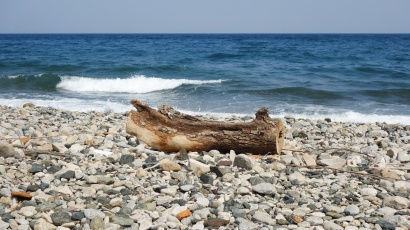 Beaches in the north of Samothraki: Fonias

Fonias is a well-known proper name in Samothraki. It's the name of an important river, of a tower and the beer produced here. The river Fonias crosses the northern side of the (...) Vatos isn't one of Samothraki's easy-to-reach beaches. Quite the contrary! It's in an inaccessible area of the island, beyond the mountains and far from any roads. Vatos Beach is in the (...)